Video Transcripts – My name is Monica Chalke, I had major issue on my left shoulder and it was frozen for almost 3 months. I thought this might have happened due to sleep, but later I diagnosed I was not able to take my hand backside, but later I went to the doctor he told its muscular pain and again I took medicines and nothing worked out. I was so grieved that I was unable to sleep.

Later again I changed the doctor from homeopathy to allopathy. It came to be told by the doctor that I had muscular pain because of which my entire schedule was disturbed and I am working woman and I can’t take lots of leaves. I stay in mira road and usually don’t get much time for my session, either in late evening by 8:30 because of which I don’t get time. We had some physio in Mira Road. I don’t know that ladies name she takes physio at her place. I did the session there for four months and to be very honest she burnt my hands.

It was very painful session for me. Then thereafter I thought I need to change physiotherapy and I was encountered with Dr. Hema. To be very honest she is very excellent doctor. The way she spoke with me the connection which was built in one second when I spoke with her. For me confidence of physiotherapy had gone down because of which I told her to show me the treatment how she did? She gave few points which definitely pained a lot, but that acupressure gave me relief. Then I joined this physio session for almost 15 days. Today is my 15th session here – the improvement part of which is seen that 80% is solved and 20% is remaining.

But what pain I had in past has reduced to 80% range. This is all the effort which I would like to thank and appreciate Dr. Hema who is very very helpful towards her patient. Which ideally a doctor should be. I think she deserves much more. I applause to her for doing it well. Thank you so much. 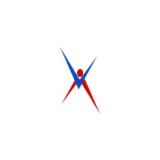 This site uses Akismet to reduce spam. Learn how your comment data is processed.

Myself Farida Yarkhan have frozen shoulder on left arm since last 4 months with severe pain and restricted movements. Came to know about this clinic through Google search. Since last one week am taking treatment in this clinic and now pain is reduced to 2/10 and even my range has improved. The staff is really friendly and helpful and clinic is also very hygienic.